Citrix is a multinational software company headquartered in the United States. The company operates in the field of virtualization of servers, software, networks and cloud computing technologies.

Citrix was founded in 1989 in Texas by Ed Lacobucci. Citrix first started with the development of remote access software for Microsoft operating systems, and then it became more important with thin client technology. Between 2005 and 2012, with the expansion of desktop and server virtualization, with the development of cloud computing, more revenue was generated by this company.

Citrix produces software that allows the user to cooperate remotely with companies and organizations without the need for a network of special equipment.

DesktopPlayer for Mac allows you to access Windows desktops online and offline from a Mac.

Citrix products in the field of network and cloud include very good software, which we will mention in the following:

Another product made by this company is Citrix WorkSpace software.

How to use Citrix WorkSpace?

In the Citrix-based networks, users can use system web browser software to connect and run all web-based software without different locational restrictions. Various softwares are available using these Citrix-licensed networks. Of course, for using Citrix WorkSpace License on mobile, tablet and various computer operating systems, various tools have been considered. So using a web browser is just one of them.

After some time of activity, Citrix launched its first product called Citrix MultiUser. But unfortunately, due to the lack of support from Microsoft, it could not be successful and was not welcomed by the public. For this reason, Citrix could not make significant profit and income until around 1995. But soon after, with the support of several investors and companies such as Microsoft and Intel in Citrix, this company was able to continue its work. 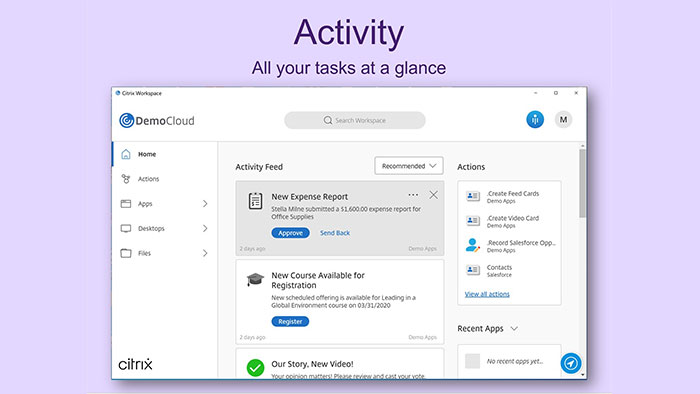 In 1993, Citrix purchased a product called Netware Access Server (which ran under DOS) from a company called Novell. Novell is currently a subsidiary of Micro Focus. This product had the same functionality as Microsoft’s Terminal Service or Remote Desktop. In fact, in Netware, users were allowed to access their software and desktop remotely.

By working on this product and making changes to it, Citrix launched a new product called WinView. WinView software is actually known as the first successful product of Citrix. In less than 30 years, Citrix has perfected its activities and introduced various products in all fields of virtualization and cloud computing to the market. Without a doubt, XenApp is one of the most successful licensed products of Citrix.