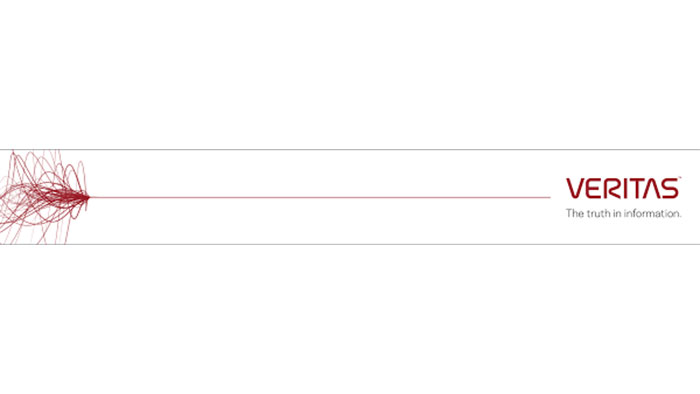 The product was previously known as Symantec Backup Exec when Veritas was part of security giant Symantec Corp. Veritas was sold by Symantec in January 2016 to The Carlyle Group private equity firm for $7.4 billion.

Other new features of Backup Exec 16 include 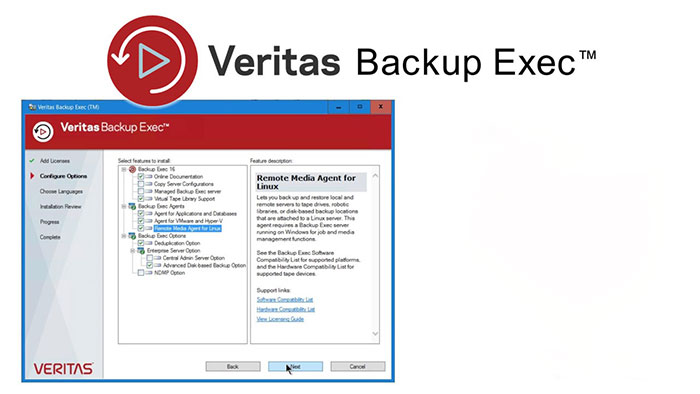 Simplified Disaster Recovery (SDR) is automatically installed with Veritas Backup Exec. It provides disaster recovery on Windows computers where the Agent for Windows is installed. By default, Backup Exec is configured to back up all of the critical system components needed to perform disaster recovery.

Veritas Backup Exec uses the system-level information from the SDR backup job to rebuild the server and restore it to a functional state. Recovery includes a bare-metal or dissimilar hardware restore job.

Through integration with Microsoft VSS, SDR backup jobs include all selected elements, even if they are components of the active operating system or are in an open state. VSS integration ensures backups are in a consistent state and have been properly placed into a quiescent state when the backup job occurs.

NetBackup is a backup and recovery software suite designed for enterprise users, and it can be purchased and integrated with disk backup appliances. It offers deduplication, replication and snapshot services and can provide recovery from tape, disk or the cloud in a physical or virtual environment. Support is provided for VMware and Microsoft Hyper-V, as well as Microsoft Azure cloud, open source OpenStack clouds and AWS.

While still part of Symantec, Backup Exec 2012 ran into difficulties because its interface and backup processes were changed and the product did not support popular applications. Customers also criticized Symantec for changing Backup Exec’s view from a job-centric to a server-centric interface.

Many customers stayed with the product despite the Backup Exec 2012 issues. Others moved to one of the other SMB backup vendors, including Acronis, Arcserve, Datto, Dell AppAssure, EVault, Infrascale, Unitrends, Veeam Software and Zetta.

With Backup Exec 2014, Symantec returned its popular Job Monitor feature, which showed customers all their backup jobs and job history for all servers in one pane. The vendor also added support for the latest Microsoft applications. This was last updated in February 2017 .