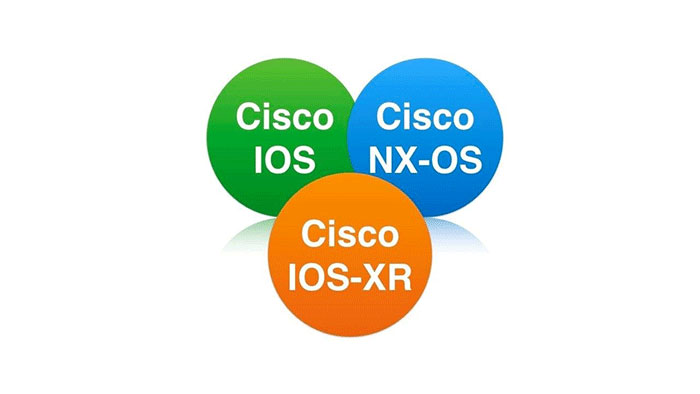 Over the time, Cisco IOS has evolved from its basic routing functionality to support layer 3 switching and numerous internetworking technologies as They evolved in telecommunications traffic.

Cisco IOS XE is an evolution of Cisco IOS called a modular operating system with an IOS daemon actually running within kernel. So, it has the exact same look and feel as Cisco IOS because of its open and flexible design. IOS XE benefits from a single control plane and data plane, separation multiple CPU cores as well as programmability features. Plus, it was designed to support Cisco Catalyst 9000 series switches purpose-built platform supporting Cisco’s digital network architecture or Cisco DNA instead of managing these switches one at a time.

Cisco IOS XR is a train of Cisco Systems widely deployed Internetworking Operating System (IOS), used on their high-end Network Convergence System (NCS), carrier-grade routers such as the CRS series, 12000 series, and ASR9000 series, aims to provide Improve high availability-largely through support for hardware redundancy and fault containment methods such as protected memory spaces for individual processes and process restart ability. It offers Better scalability for large hardware configurations through a distributed software infrastructure and a two-stage forwarding architecture. It is based on a package-based software distribution model allowing optional features such as multicast routing and MPLS to be installed and removed while the router is in service. It enables the ability to install package upgrades and patches (potentially while the router remains in service) and consist of a web-based GUI for system management (making use of a generic, XML management interface)

Cisco NX-OS actually evolved from the cisco SAN OS which was developed for the data center MDS Fibre Channel switches. As a result, NX-OS supports Fibre Channel over Ethernet or FCoE which encapsulates a fiber channel frame inside of an Ethernet frame for transport across the nexus series switches until it reaches a SAN fabric. for this to work NX-OS supports jumbo frames and provides a lossless QoS service for both native Fiber Channel and FCoE traffic. fortunately, NX-OS CLI commands are very similar to Cisco IOS commands making it easy to learn. The nexus 9000 series is an example of switches that run the NX-OS software but there is also the foundation for something called application centric infrastructure or Cisco ACI. When a nexus 9000 is placed in the ACI mode it uses a new operating system that works in conjunction with a centralized application policy infrastructure controller or a PIC the APIC provides a single point of automation and management for the cisco ACI fabric.

Smart licensing has been introduced for IOS XE instances registration by Cisco. All devices running based-on IOS XE should be registered on the CSSM website. Also, by using Cisco IOS XE PLR license on supported products like Cisco Catalyst 9000, all product instances would be activated once and forever without connecting to the Internet.

IOS XR smart licenses is available for most Cisco devices running based on this operating system like ASR 9000 series. Also, IOS XR PLR licenses can be used on these devices to activate all instances permanently in high secure environment.

Like IOS XE and IOS XR, NX-OS smart licenses are supported on Cisco SAN devices such as Nexus 9000 series. Most of these support NX-OS PLR license for activating all product instances permanently. Plus, for deploying Nexus switches in ACI mode, customers can purchase and register all devices’ instances using Cisco DCN licenses. Also, Cisco ACI PLR license can be used to register all ACI full features such as APIC functionality, leaf and spine switches permanently.