Generally, like other switches, a Cisco switch is similar to a hub. It’s also a device that has multiple ports that accepts Ethernet connections from network devices. But unlike a hub, a switch is intelligent and can actually learn the physical addresses of the devices that are connected to it plus it stores these physical addresses, called MAC addresses, in its table.

So when a data packet is sent to a switch, it’s only directed to the intended destination port, unlike a hub where a hub will just rebroadcast the data to every port. So as a result switches are far more preferred over hubs because they reduce any unnecessary traffic on the network. So as a review, a hub only detects that a device is physically connected to it. And a switch can detect specific devices that are connected to it because it keeps a record of the MAC addresses of those devices. Basically switches were not supposed to read IP addresses. They operate at the data link layer (layer 2) of the OSI model to create a separate collision domain for each switch port. However, these days most switches support basic IP routings. These type of switches are called layer 3 switches meaning that they can support routing protocols and provide layer 3 connectivity.

Most Cisco switches will ship with basic switch functionality like Ethernet switching and for more advances features such as routing functionalities, NAT and etc., customers need to purchase Cisco switch licenses.

PoE enabled Cisco switches lets you power a device such as an IP phone, surveillance camera, or wireless access point over the cable that is used for data traffic. This allows you to place endpoints anywhere, even in those areas that are usually difficult to reach. Moreover, these switches enable easy-to-deploy fixed and modular, core, distribution, and LAN access switches have been designed for the era of intent-based networking. They also help your network continuously learn and evolve to meet business needs.

Furthermore, seamlessly integrate with full-stack programmability, from ASIC to the OS, helping you to add future features without upgrading hardware. 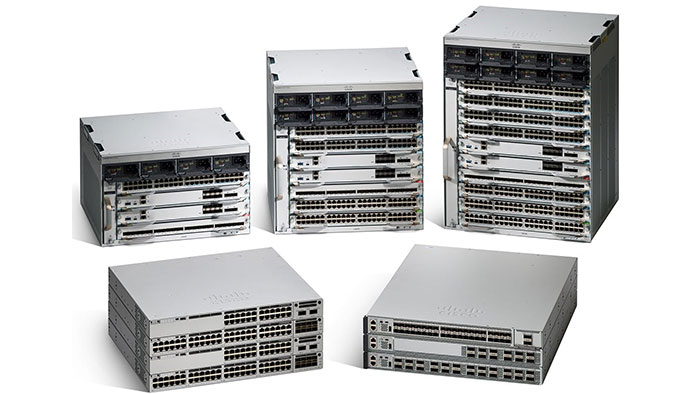 Cisco Catalyst access switches bring wired and wireless together to drive digital transformation in LAN campus network. The latest member of this family is the Cisco Catalyst 9000 series switches. 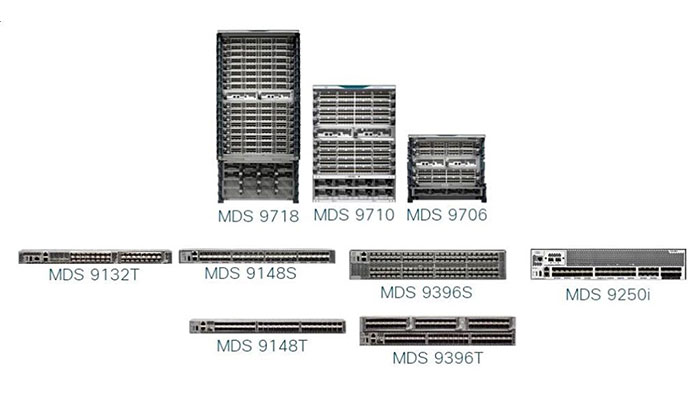 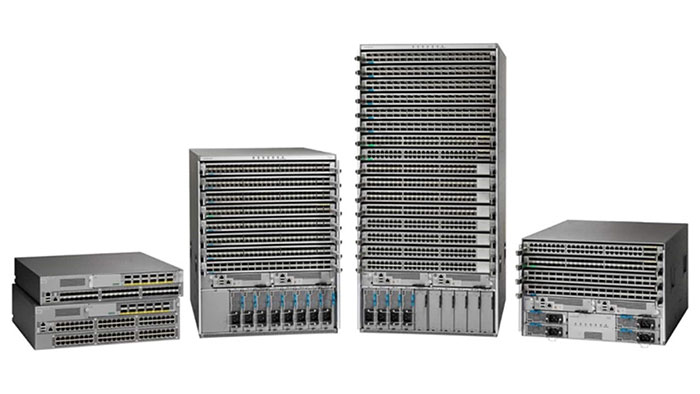 The Cisco Nexus series switches are modular and fixed port network switches designed for the data center which converges the LAN and SAN traffics together.

Cisco Modular switches let you add expansion modules as needed, giving you flexibility as network requirements change. Expansion modules are application-specific and include those for firewalls, wireless connectivity, or network analysis. They may also allow for additional interfaces, power supplies, or cooling fans. This type of switch provides you with the most flexibility, but at a higher cost. Some Cisco modules need specific license in order to Cisco switch license to be activated.

The most famous Cisco modular switches are:

These switches provide a fixed number of ports and are typically not expandable, which makes them less expensive overall. Fixed-configuration switches include unmanaged switches, smart switches, and managed switches. 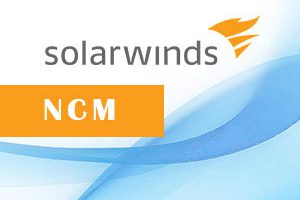 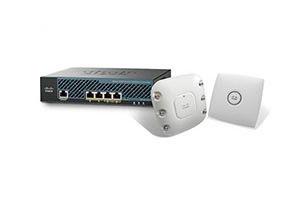 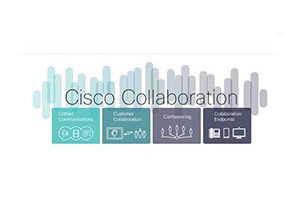