As a leading company in the field of providing backup solutions and restoring information from servers and clients, Veritas offers its new file-based Backup software series to customers under the title of Backup Exec. With the help of this software, you can easily back up the data of different servers in your network and restore it in the shortest possible time by spending the least amount of money on the data storage space and also in the shortest possible time. 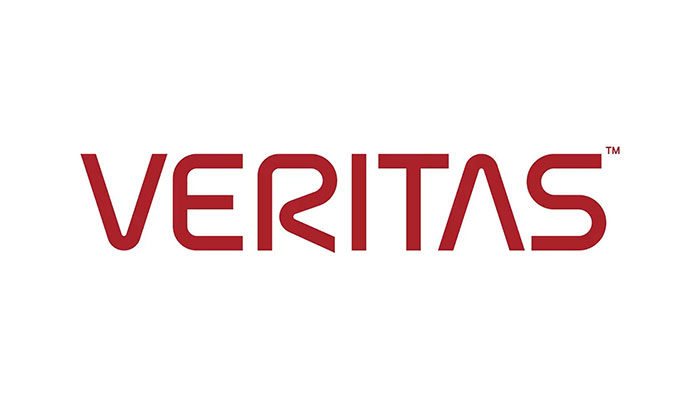 NetBackup backs up and restores files, directories, and raw partitions on a server. A server protected by NetBackup is called a NetBackup client. NetBackup software is installed on a server called a media server. During backups, the client sends data over the network to a NetBackup media server, which selects the correct storage medium as the backup destination.

As an enterprise backup product, Veritas NetBackup supports major databases such as Oracle and Microsoft SQL, as well as Microsoft Windows, Unix and Linux operating systems. The product backs up data to disk, tape, and public clouds and protects popular VMware and Microsoft Hyper-V hypervisors. The main features of NetBackup include data deduplication, replication and snapshot services.

After the Symantec spinout, Veritas remodeled itself as a data management platform, making NetBackup the centerpiece of the Veritas 360 Data Management Suite. An important part of Veritas 360 is the Information Map, which gathers information from data managed by NetBackup, other Veritas applications, and the cloud to create a global view of statistics in a management dashboard. 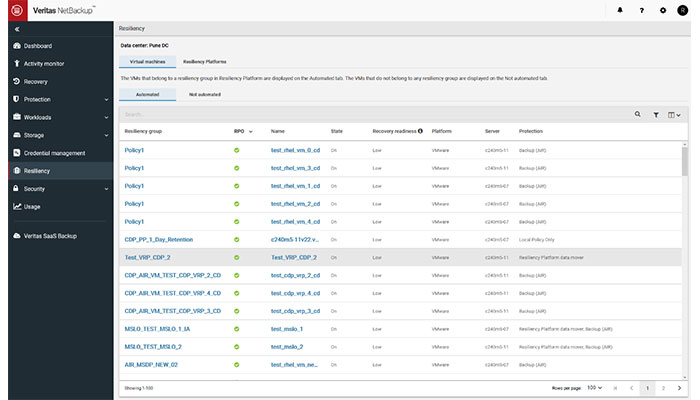 The licensed Veritas NetBackup is also available as part of an integrated backup appliance, which performs source and target deduplication and eliminates the need for a separate master or media server.

The device family includes the following:

As a software product and device, the licensed NetBackup competes with a wide variety of enterprise backup providers. Gartner Inc. lists Veritas as a leader in the Data Center Backup and Recovery Magic Quadrant, along with Commvault, Dell EMC, IBM and Veeam Software. Gartner said NetBackup received the highest database security score of all Magic Quadrant products, and that product quality and technical support also ranked high.

NetBackup was born as a backup application developed in 1987 by Control Data for Chrysler Corp. was written. Control Data then made the software available to other customers. Control Data called Automated Workstation Backup System (AWBUS) software and created an AWBUS business unit in 1990. The original AWBUS supported two tape drives and a robotic carousel. Control Data renamed the BackupPlus software in 1993.

BackupPlus then became NetBackup in 1993 when OpenVision Technologies acquired the Control Data storage management team who developed the product and rebranded it again.

Veritas purchased OpenVision in May 1997 and retained the NetBackup name for what would become its flagship and best-selling backup software product. Symantec acquired Veritas in 2005 for $13 billion, then sold Veritas to The Carlyle Group in 2015 for $7.4 billion.

Veritas gives you what other solutions can’t.

We fill the gaps in your hybrid and multi-cloud cloud transformation strategy.

Free yourself from dependence on a supplier. Move workloads where you want to meet ever-changing business goals.

Automated and orchestrated recovery across cloud, physical and virtual environments provides unprecedented flexibility and business continuity at scale, all with a single click.

Total visibility of the infrastructure

Detection of anomalies between different systems 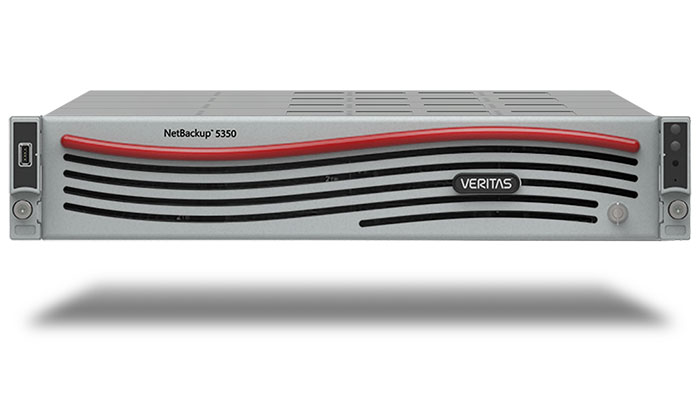 Leverage automation and visibility to make cloud migration as smooth as possible.

Test success without disrupting production or operations. Alert your teams to issues before they become a problem.

Get an end-to-end view of your current systems through a single window.

Address your data management and digital transformation gaps before you begin migrating to the cloud.

Get consistent cloud-based protection, outage alerts, and automatic failover, during and after migration.