Server virtualization is one of the most up-to-date technologies in networks and data centers. Of course, this technology has been used in datacenters of organizations and companies for several years, but due to the complexity of implementing advanced virtualization capabilities and the sensitivity of the virtualization platform, the need to use experts in this field to implement the standard is inevitable.

This is especially true when important services such as Active Directory, Mail Server, Web Server and various types of virtual machines are serving users. Disruption of these services even for a second is a great danger for organizations, institutions and companies. 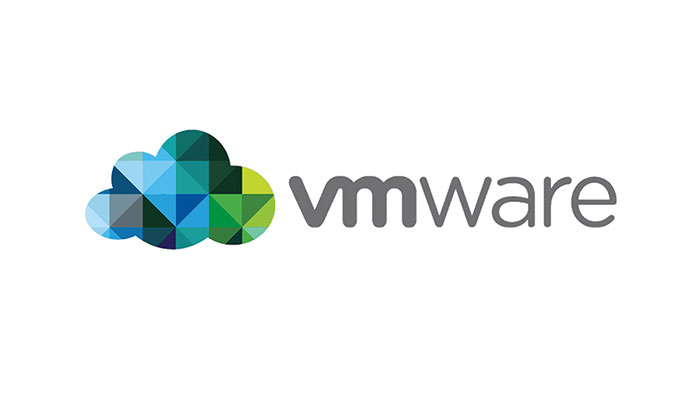 What is server virtualization?

Server virtualization is one of the most important operations performed in data centers. Due to the economic cost-effectiveness of this work for small and large organizations and leads to a significant reduction in the cost of setting up data centers, it can be said with confidence that this technology has been used in almost all modern data centers today.

Using VMware makes network management easier and gives the network administrator very significant capabilities in the field of network development. Using virtualization, organizations can use multiple operating systems simultaneously. It should be noted that these operating systems, which are all loaded on a physical server using virtualization capabilities, are completely isolated from each other and operate like several separate physical servers.

With the help of virtualization, especially using VMware virtualization architecture (VMware license), the loss of physical server processing resources is much less and we can easily use several operating systems (virtual machines) and different services on one physical server at the same time.

In this case, a layer called a hypervisor is placed between the virtual server and the physical server and manages how to allocate server processing resources (network, CPU, disk storage space, RAM) to virtual machines and acts as an interface and controller. The middle layer works.

VMware (VMware license) has always been a leader in the production and delivery of virtualization and cloud computing solutions in recent years, and its products are installed and used around the world in most data centers, companies and organizations. The following is a list of products of different companies that work in this field: 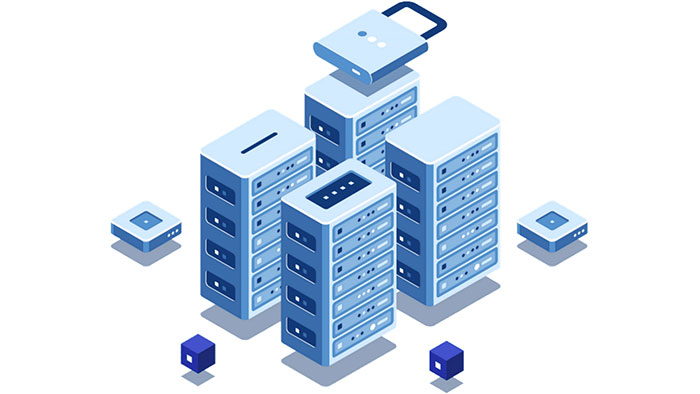 VMware vSphere is a VMware server virtualization software that can easily meet all the needs of users to use virtualization machines. The core of this product is called VMware ESXI, which is physically installed on data center servers, and virtual machines are installed and run on this hypervisor. This hypervisor is bare-metal, meaning that, like the VMware workstation, it does not depend on the host operating system for installation.

Before ordering and buying VMware (VMware license), you should keep in mind that you can install all kinds of operating systems and platforms (Windows, Macintosh, Linux, UNIX, etc.) on this virtual machine, without Disrupt each other’s work. Because these operating systems are installed completely isolated from each other.

Creating clustering in the network is easily done by ESXI hypervisor and the set of tools available in VMware vSphere software. In case of problems in the physical servers of the data center, the services and virtual machines will continue to operate without interruption and down time or with minimal interruption.

Of course, you should know that installing VMware ESXI alone does not complete the virtualization platform and you need to use other tools available in the Vsphere product. VMware VCenter software is another application component in the Vsphere software suite that adds powerful capabilities to the virtual platform. 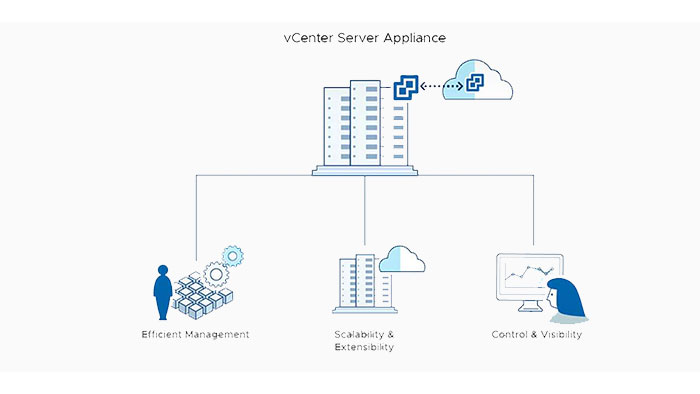 In the following, we will explain more about the unique features of Vsphere, which is a product of VMware:

One of the best features of vSphere is that you can transfer a virtual OS automatically or manually in a matter of seconds from one physical server to another while it is on and in service, without any service interruption or downtime. So that the user does not feel any change or disconnecting. This can be done without losing even one packet on the network.

In many organizations and companies, no one is present in the organization or company after working hours or there are few people inside the buildings. This means that almost no one uses the network and network services. However, due to the need to stay on 24 hours a day, the organization’s servers are left on until the next morning and are consuming electricity. Cooling devices must also continue to operate at full capacity during this time to keep these servers cool.

DPM technology can automatically transfer servers to one or more specific ESX servers at certain times of the day and night when the load on the servers is reduced, and keep the rest of the ESXs off until they are needed again. This will have a huge impact on the amount of electricity consumed as well as increase the useful life of servers and lower their maintenance costs.

This feature allows you to easily update / patch all ESXs and OSs on them.

This feature is a VMware-specific data backup and recovery system. This feature does not require an agent and allows you to provide a variety of backups from virtual machines.

Note that by ordering and purchasing VMware, you can take advantage of the features mentioned above and greatly reduce the cost of purchasing and maintaining equipment related to your organization’s network.