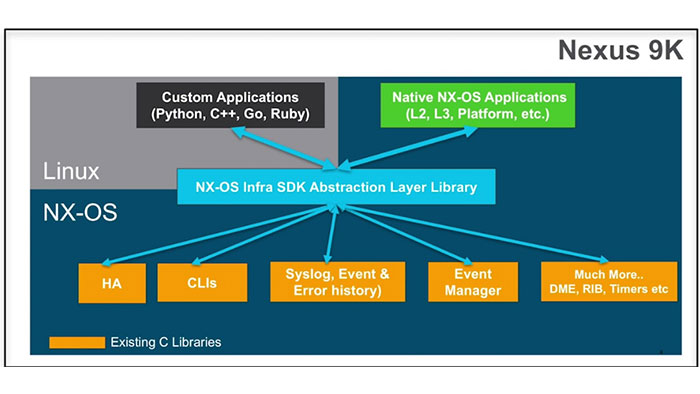 Generally, licensing for Cisco Nexus switches that run Cisco NX-OS software can be achieved using the Cisco NX-OS Licensing. This types of licensing lets you to access certain premium features on your device after you install the appropriate license for that feature. Currently, the following licensing models are available for Cisco NX-OS devices like Cisco Nexus 9000 family:

Furthermore, a subscription-based license allows you to purchase a license for a specific period of time based on your requirement. These licenses are available as an Essentials, Advantage, or Premier license package. Moreover, by using these licenses you have the opportunity to adjust/upgrade the terms of the license (such as moving from Advantage to Premier) at the time of license renewal such as NX-OS upgrade licenses.

The following options are available when you order an Essentials or Advantage package for Nexus 9000 family switches:

Cisco ONE subscription license for DCN (Cisco ACI+NX-OS) for 3, 5, or 7 years

Also, you can use the following licenses to upgrade from an NX-OS LAN Enterprise Services license to an NX-OS Essentials or Advantage license.

Moreover, several add-on licenses are also available, which can be added to either tier or purchased independently. 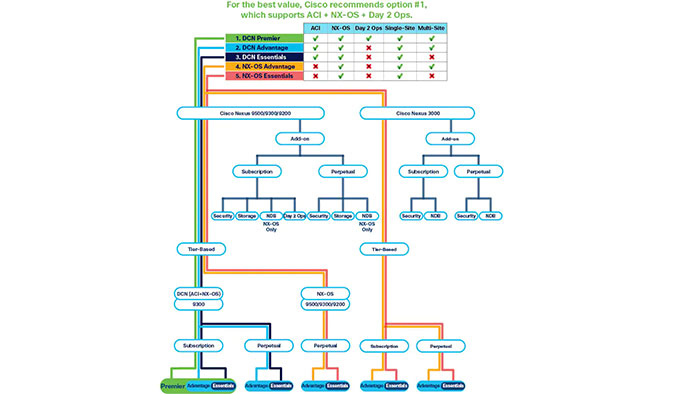 Feature support varies by platform and release. See the Nexus Switch Platform Support Matrix to determine which features are supported for your platform.

Feature-based licenses make features available to the entire physical device. Therefore, you only require one copy of the license for a device. A license only supports the listed features. Licenses may be specific to a particular hardware platform.

Any feature that is not included in a license package is bundled with the Cisco NX-OS software and is provided at no extra charge to you.