One of the most important hardware products of the F5 load balancer is the BIG-IP device. This hardware has different modules and different functions. The most important software module that is installed on the BIG-IP balancer load is the LTM module. F5 has introduced very powerful hardware platforms for users and network administrators to use, including the BIG-IP Standard Series, BIG-IP iSeries and BIG-IP VIPRION Series.

The company has also developed powerful software platforms for use by users and network administrators, including non-hardware platforms such as BIG-IP Virtual Editions and BIG-IP Cloud Edition. The LTM module is recognized as the most important part of the BIG-IP series products. This product intelligently manages traffic. This way, applications are always fast, accessible and secure.

This product, which is from the BIG-IP product category, has the ability to control and manage incoming traffic on the WEB, Application and Database servers. This feature allows organizations to control this traffic as desired and according to their needs. Therefore, these servers and related services will always be available at the appropriate access speed.

This device intelligently divides all irregular network traffic into a number of data strands. It then makes decisions so that the incoming traffic reaches its destination in the best and safest way. F5 LoadBalancer makes these decisions based on server power, security, and accessibility. The LTM device works as a Full-Proxy, which is why you can monitor, manage and also report your traffic.

This product has the ability to improve the productivity of applications in the Application layer as well as in the Network layer. This product uses a protocol to make traffic management decisions that this protocol makes based on the status of servers and applications. This product also allows you to use the SSL protocol to be able to encrypt all traffic from the client to the server.

The F5 LoadBalancer is a complete device. This device can protect web applications and their information against cyber threats to create security in web services. It can also prevent malicious software from breaking the usual security standards.

Threats that threaten important organizational software and information are evolving daily. These threats must be identified and prevented before entering the network. That is, they must be removed before they can disrupt the performance of web-based software and compromise the organization’s information.

This product, which is from the BIG-IP family of F5 products, allows you to prevent new and advanced risks from entering your network. In tests, the effectiveness of this equipment was 99.89%, and it also offers other features such as SSL Offloading and cache prevention of infected content.

This tool can prevent malicious attacks by the DDOS attack prevention system, which is included by default and works in layer 7 of the OSI reference model. This equipment also allows network administrators to view and analyze HTTP and WebSocket traffic. In this way, network administrators can prevent malicious data that enters the network in the form of normal information through chats, video streams and web traffic. 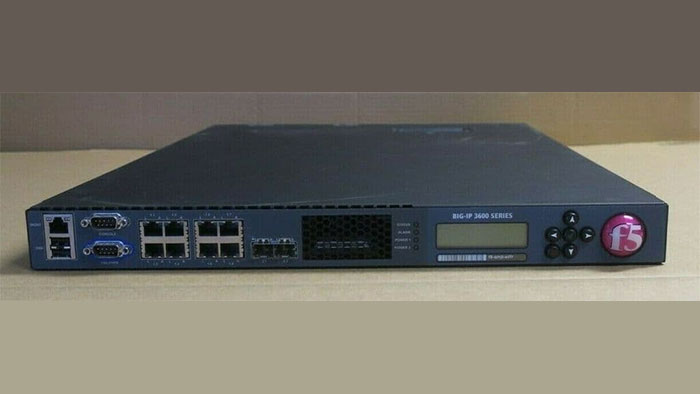 In organizations that provide web services to their customers, the most important problem is the instability of the system during busy times. Network administrators in organizations have to use methods such as NLB Clustering, ESX Clustering and DNS Clustering to solve this problem. The problem with these methods and scenarios is that they are expensive to set up and maintain and complex to set up.

But with Load Balancer, you can easily and only by introducing IP servers, clustering and balancing them. For example, during the registration of universities, a lot of burden is imposed on the central servers and disrupts the online registration process. This problem can be easily solved by using load balancing.